I have been slacking a bit on the TV commentary so I thought I would take a moment to let you know what I am really loving these days: 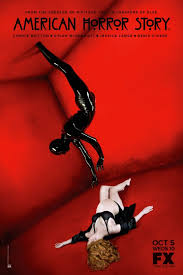 American Horror Story – This show is creepy and scary and I love it.  Dylan McDermott and Tami Taylor (from Friday Night Lights) move in to a freakishly haunted house with their teenage daughter.  Any normal human being would have moved out half way through the first episode, but in all fairness, they can’t see all of the creepy stuff we see (like this leather wearing ghost dude.) I can’t say more because I don’t want to ruin it for you.  You can check it on Hulu if you missed the first few episodes, and I strongly recommend that you do (unless you don’t like scary creepy stuff, then skip it).

Homeland – as awesome as promised by Entertainment Weekly.  Prisoner of war comes home from Iraq after being held and tortured for 8 years.  Claire Danes, self medicating CIA agent with an undisclosed mood disorder of some kind got intel that an American prisoner of war has been turned, and she is convinced it is this guy.  It’s excellent.  Suspenseful.  Characters are intriguing.  Oh, and did I mention Mandy Patinkin as Claire’s boss?  (Yentl!) Seriously good show.  They are running a marathon tonight of the first few episodes starting at 9pm so you can catch up (if you are reading my blog and have Showtime!)

Prime Suspect – still love it.  Glued to the TV for the whole thing.  Love Maria Bello.  Love watching her interact with the suspects, her squad, and just bopping around in that hat.  She’s awesome and tough.

I am mildly looking forward to the premiere of  Once Upon a Time tomorrow night.  I don’t have high hopes that it will be quality TV but it might be cute!  I may also check out Grimm (the other fairy tale one that is darker and on Fox ) but I have a feeling it will be a dud, so I should skip it.

I watched a voluminous amount of television this week.  I had a last minute emergency business trip to cover for a sick employee, so I was in a hotel with no TiVo and working long hours to do both of our jobs.  Some of those hours were in front of the TV where I “half watched” quite a few shows that I was not even planning to check out!  The bad news, is that I liked a few of them..

Here is a summary of what I checked out and my thoughts (in order of best to worst): 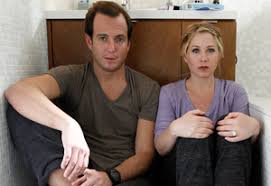 Up All Night –  Funny.  Will Arnett and Christina Applegate have a baby.  She goes back to work, he stays home.  Mostly very funny.  Something about it is a tiny bit off.  Not crazy about the boss lady (Maya Rudolph) and Christina is not quite as funny as Will Arnett so seems a tiny bit awkward, but it is just getting started and they when they settle in more and build chemistry this should all evaporate (and I might be making it up in my head). Definitely worth watching.

Whitney – randomly turned on this sitcom about a couple who have been together for a few years but she does not want to get married and they have some friends.  Smart, dry humor.  Right up my alley.  A sitcom, so some dumb stuff, of course, but  I think I laughed out loud at one point.  I think I am adding this one to the list. 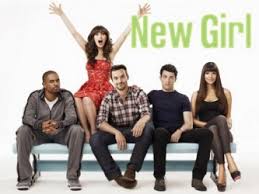 New Girl –   This is the new Zooey Daschanel sitcom where she is this wacky girl who moves in with three guys.  I have to watch it again (and pay full attention) to get the full drift of this, but the dynamic was unique.  Three buddies living together and this chick moves in that they don’t all want to sleep with but they feel for her and take care of her.  I was only half watching but there was something about it that seemed sweet.  Probably because at the end they all show up at this restaurant to support her on her first date post break up instead of going to this cool party and sing to her from Dirty Dancing (which she has been watching non stop post break up).  It was also kind of funny I think…I am going to check it out again.

The Playboy Club – this shockingly sucked me in.  Eddie Cibrain is easy on the eyes, and it is interesting getting a view in to this weird bunny world.  I have no idea if it is at all true to life but its not horrible TV.  Not top of my list, but it might get another look.

Two Broke Girls – EW rated this sitcom one of the top 5 new shows but I had dismissed it. Dejected rich girl rooms with broke girl and they waitress together.  Sounded stupid.  It wasn’t bad.  I liked the other ones better though so I am wondering why this got top pick… Does that mean I have to watch it again?

Unforgettable  – Poppy Montgomery (Without a Trace) literally can’t forget anything. This detail remembering makes her awesome at solving crimes.  It is an interesting premise and they show these flashbacks of her remembering things where she is there and not there…if you love procedural (and or Poppy Montgomery) you might like it.   (Dad)

Secret Circle – I was happy to learn this week that I can’t watch ANOTHER show about a bunch of teenagers.  The Vampire Diaries, Secret Life of the American Teenager is enough for me.  If I were a teenager (or maybe still in my 30s, I might watch) 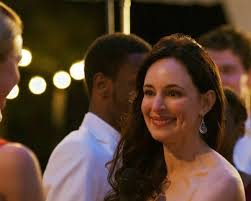 Revenge – woman returns to the Hamptons to avenge the wrongs done to her and her father when she was a young child.  Miraculously, no one recognizes her.  Pretty bad premise and not super well done.  Madeline Stowe looks very strange.  She must have done something to her face.  I don’t think this is worth my time.

The X Factor – What I saw was annoying.  I am pretty much not interested.  How many of these shows can there be?  I might pop in on it now and again, but this will not  be a regular thing.

That’s it so far on new shows. I have some on my TiVo to catch up on this evening but first, I have to get my self out for a run.