A few additional notes on the Fall TV exploration this week: 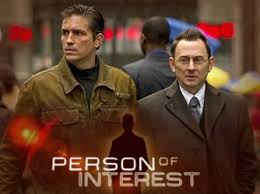 Still really liked Whitney after the second episode, its a keeper.

Also still liked New Girl (the Zooey Daschanel show).  Confused when they swapped out one actor for another actor from the pilot to episode #2 (I liked the first guy better but he got a job on Happy Endings, which I don’t like, so he can’t be on this show).

Person of Interest is OK, but I have no strong feelings of love for it.  It’s a procedural, a smart procedural with kind of a unique twist but not sure it is enough for me.  What’s it about? A smart programmer builds a machine for the government that sorts through lots of questionably obtained information about people to find terrorist threats.  BUT he feels guilty that the government deletes “irrelevant” information that could save individuals.  He builds a loophole so he can extract only social security numbers of the “irrelevant” people who need help and then recruits a homeless alcoholic/former special secret forces man to help him save these people.   A great show requires some sold characters you REALLY want to get to know.  I am not sure how much I care about the dude from Lost and the dude from the Passion of Christ in this show.  TBD if I will continue on with this one. 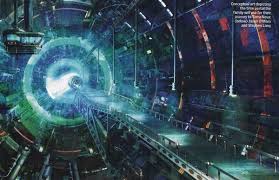 Terra Nova I liked better than Person of Interest.  Within the first ten minutes of the show, I felt a huge appreciation for nature and realized that I miss spending time in it.  The show starts in the future where global warming has really made a mess of things. There are children who have never seen the moon.  It is always dark and people can’t breathe outside without masks.  Sad.   Some super smart people discover how to transport people back in time where there is fresh air and fresh fruit (they go through this contraption on the left.)  So people start going back and they live amongst the dinosaurs.  Kind of cool.  There is danger, fractions amongst the people in the Terra Nova settlement, mystery about what is really going on there and a hinted at alternative purpose for the settlement.  And dinosaurs.  Worth sticking with for a few more episodes.

2 Broke Girls is one of the stupidest shows on TV.  Embarrassed I even mentioned it in my blog. Please erase it from your memory.

Playboy Club is also done.   If you are bored, it might entertain you for an hour, but probably not.

Pan Am I half watched while setting up my new IPad.  Kind of ridiculous.

This week we have Homeland (Claire Danes’ new show on Showtime) and American Horror Story. Pretty excited about both of these.  Dexter, Hung, and Made in America also return tonight.  As a result, The Vampire Diaries, Glee, and Haven have been demoted to second tier shows for the time being.