I had an idea how this would go before I watched these two pilots.  From reading the reviews, I was pretty sure The Blacklist would be better. It was. 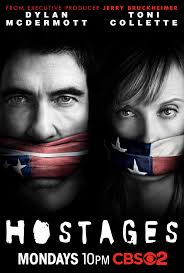 Hostages is not great TV. The show tried to set up the backstory of every character before the first commercial break. It just feels very forced. When Dillon McDermott’s character (the FBI agent) is introduced, he turns around slowly to reveal himself in response to the question, “who gave this order?” (or something) and predictably says “I did.” He then proceeds to take one of those huge TV risks to capture the bad guy, is successful and cocky about it, and this cheesy music plays while he walks away.  I had to re-play it to see if he walked away in slow motion because I remembered it being so ridiculous. He walked away normal speed, apparently, I just remembered it in slow motion.

Hostages was explained by one of its creators as Downton Abbey meets 24. I guess the Downton Abbey part comes from the fact that everyone in this family being held hostage had a secret. Maybe some more interesting stuff is coming, but we found out half way through in the first episode what everyone’s secret was and they weren’t that interesting. (spoiler alert!) One kid is dealing drugs, one is pregnant, and the dad is having an affair. Who cares? Something bigger is going on the with FBI agent. We don’t know what it is yet, but it seems to be slightly more interesting. This is no Downton Abbey. Where is the smart humor and the over the top, kind of making fun of itself but also being serious, drama?

The 24 part, I assume, is because the time span of the actual events will not be very long (more than 24 hours though) and will be spread out over many episodes. So far, there is not enough action for me to compare Hostages to 24 and our hero is no Jack Bauer. (I am not even sure who the hero is.)

The first episode ends with a cheesy statement from the surgeon mom, Toni Collette. The episode started and ended with major cheese. 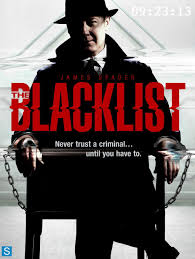 The Blacklist, is much better. It may not be completely original, but it is better TV than Hostages. It is compelling, has unexpected twists and turns in the pilot, and we care about the characters. We also have a lot of mysteries that we actually want to know the answers too! Why is James Spader working with the FBI? Why does he ONLY want to work with this rookie FBI agent? How does he know all of these details about her life? (Is he her father? Is that possible?)  Is the actress playing the rookie FBI agent wearing a wig? (her hair looks very strange to me, but I may be the only person who had that question). Why does the guy in this show who was also on Homeland seem like a much worst actor on this show? (and did he change his hair color?)

I don’t want to give anything away about The Blacklist because you should watch it and it will be more fun if I don’t say any more. It’s no Homeland but it’s decent.

Thumbs down for Hostages. Thumbs up for The Blacklist.

Just under the wire (maybe a tiny bit late), here is what I will be checking out this fall on TV. I am not super excited about any of the new stuff but I like to check it out before I rule it out. I have actually already ruled out many of the new shows. Here is what’s left, in order of interest…

Brooklyn Nine-Nine  (previewed last Tuesday on Fox) – I already watched the first episode and it was really funny, in a very silly way. Stay tuned for a mini review. (EW and TV Guide top pick)

Hostages (Mon 9/23 10pm CBS) – A serialized white knuckle conspiracy thriller mixed with a complicated family saga starring Tony Colette and Dylan McDermott.  It is only 15 episodes, not a huge commitment, based on an Israeli drama (like In Treatment!) The main reason to check it out is that its exec producer says it is like Downton Abbey meets 24. I have to find out what that could possibly mean. (TV Guide top pick)

The Blacklist  (Mon 9/23 10pm NBC) – International man of secrets (the always creepy James Spader) inexplicably surrenders to the FBI to bust the underworld but will only work with a rookie cop and we don’t know why. Described as an unoriginal, but very entertaining Alias meets Silence of the Lambs (EW and TV Guide top pick) 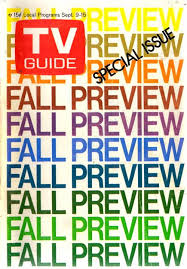 Almost Human (Mon 11/4 Fox 8pm) – This is our new Fringe (from JJ Abrams)! Cops work with robo-partners to solve crimes. The two leads apparently have great buddy-cop chemistry and the show offers fresh takes on sci-fi archetypes (and there is a mysterious box!) (EW top pick)

Marvel’s Agents of S.H.I.E.L.D. (Thu 9/24 8pm ABC) – This is not a show I would normally watch, ever (I have not even see the Avenger’s movie), but it was co-created by Joss Whedon who created Buffy the Vampire Slayer, which I loved. He also created Firefly which I think I would have loved if I had watched it. It is a “smarter superhero drama” with a covert government force that protects mortals from mutants. It sounds like there are a lot of super hero/comic book jokes that will go right over my head, but if you are in to that stuff, this might be TV gold. (EW and TV Guide top pick)

The Crazy Ones (Thu 9/26 9pm CBS) – I don’t have a good feeling about this one, but it is created by David E Kelly with Robin Williams (needs no explanation but I will take this opportunity to give a shout out to Good Will Hunting, one of my favorite movies ever) and Sarah Michelle Gellar (the actual Buffy!) What will happen? Well, a kooky genius will run an advertising agency with his levelheaded daughter Sydney. See why I’m not that excited? (TV Guide top pick)

Hello Ladies (Sun 9/29 HBO) – A geeky guy and his friends try to date in L.A. This is not really my thing but EW says it is really funny so I wanted to tell you about it (and I would feel guilty if you missed it and it was awesome!) (EW Top Pick)

If I had more time, I would check out Super Fun Night (created by Conan O’Biran and the hilarious Rebel Wilson of Bridesmaids and Almost Perfect fame) and The Originals (a spin off of The Vampire Diaries that I also don’t have time for but kind of miss!) and maybe even Sean Saves the World (because I like Sean Hayes from Will and Grace.) But there is no time.

If you want to know when returning stuff is returning, check out my TV List or TV Guide’s awesome Fall TV Premiere Calendar.

Disclaimer: Almost everything I have written here is blatant plagiarism from Entertainment Weekly. Thanks EW!