The title of this blog pretty much sums up my past few weeks. Here is how it went… 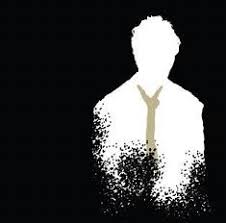 After a fabulous start, followed by a rocky middle, the Recovering Musician texted me a few days after our fourth date to say “he didn’t think he was in a place where he could really open up right now.” Pretty much all of his behavior since our second date illustrated this fact so I was not completely surprised. We parted ways amicably and I wished him luck in figuring it all out. (Yes, people actually break up over text these days. I’ve gotten used to it.)

A few days later, still a bit raw from the mini-break up with the messed up Recovering Musician, I made the mistake of having dinner with my ex-high school boyfriend. This is a guy that I got re-involved with two years ago who then disappeared, repeatedly. We got into the same old thing where thinks he can just pick up where he left off and talks about how we have these “roots” and talks about all of these things we will do in the future. I tell him he lives in a fantasy world. I point out of all of the things he has said and done in the past and how much he has hurt me. And I remind him that he will disappear in three days.  But because I was just a tiny bit vulnerable (and I had two glasses of wine), I let him just smidgeon and a tiny bit of my heart thought maybe he had changed. He disappeared within three days.

Then I headed off to Montauk for the weekend with some new women friends I had met on my trip to Mexico last year. Let me remind you that my bug encounter in Mexico was kind of traumatic. So much so that I have not been able to commit to any vacations since….until I agreed to a long weekend in Montauk. Just a three-hour drive for a couple of days, what could go wrong? Ticks!!!  Within one day of being home, I got an email that the dog that was with us was covered in poppy seed-sized ticks, I found a bite on my leg, two other women found bites, there was a lot of worrying, a lot of laundry, and a trip to urgent care. We have since learned that these were lone star larvae that don’t carry Lyme disease but could carry some other stuff, including an allergy to red meat.  So weird! I had a burger on Sunday before I learned this. It was delicious. I think I am fine.

Are you wondering where the suicide part comes in? That’s next (but we aren’t done with bugs!)

“Tick week” ended with suicide weekend. Another ex-flame (this one from college) invited me to hang out with some of his friends who were coming into the city,  but he said he wanted to talk with me about something before the night began. He told me his niece had taken her own life six weeks ago. Huge bummer. Since my own brother took his own life 11 years ago, he thought I would be a good person to talk to. I was (I think.) Then we had a few drinks and the night ended with what could be construed as a slightly more than friendly kiss (initiated by him!). This is not good because he is married. I am chalking it up to the many beers he had and the empathetic ear. Exes are dangerous. That won’t happen again.

e next day, I headed upstate to walk with my family in one of the American Foundation for Suicide Prevention’s Out of Darkness walks to raise money and awareness for suicide prevention (hence suicide weekend). A bittersweet day because it is a nice day with my upstate family, but you know, my brother committed suicide so that sucks, and it’s sad. He doesn’t get to read about my bugs and ex-boyfriends and I don’t get to hang out with him…ever. I did learn two new ways to say “committed suicide”.  Apparently, you are supposed to say “completed suicide” or “suicided”. Who knew that was even a word? No matter what you call it, it sucks.

So I got through all of that and took a deep breath and headed back to work. On Monday, I started to feel itchy on my head and all over my body. I was checking for bugs (lice, fleas)..nothing. I assumed it was dry skin. By Thursday, there were itchy bumps showing up on my skin that became red bumps on Friday. Really? Seriously? This could not be the ticks after all this time. This was something new. I was freaking out. I checked with my upstate family to see if they had any issues (lice, fleas)…nothing. This was something in NYC. Something in my apartment. Bed bugs from the train? Was the possible? Please no…

I remembered that there are bugs I see around my apartment from time to time. I had investigate

d them online in the past and they were not bed bugs. I had put out ant traps last year and had not seen one in a while. Could it be those little things? Were they back? I busied myself cleaning my apartment and washing everything AGAIN (I just did this last week!) Then I saw one of the little bugs and I trapped it (and photographed it for you!) Then I found this tiny little centipede thing near my bed and remembered I had seen those before too! I went to town on Google. (I have looked at probably 100 pictures of bugs and bites in the past few days.) This thing has wings, it is NOT a bed bug. I have concluded that this is a carpet beetle. I have learned that they do not bite, but some people are allergic to the prickly hairs on the larvae of these beetles that cause bumps that LOOK like bed bug bites.  I am apparently one of those people. Crazy!  I guess they like to crawl into bed with you and they must crawl back out before I wake up because I have not seen them there.  The internet says pest control is not necessary. You just have to keep your apartment clean.  I can do that! (I was a little busy the past few weeks so things did get a little dusty and those buggers clearly took over!)

Here’s to hoping that I have properly diagnosed the issue and that vacuuming and washing has nibbed this in the bud. I would really like to have an awesome bug-free, suicide-free, ex-boyfriend-free week!!!