I am watching some seriously evil men on TV right now. What is up with Walter White (Breaking Bad)? He has gone completely off the deep end. It is getting hard to watch. At this point, I want to see him taken down. He used to be this nice smart guy who could get himself out of a jam like nobody’s business, and every jam he got in to was because he wanted to help his family! He has become a horrible, horrible man. I can’t imagine there is any going back now. He’s screwed.

Right up there with Walter White is Tom Kane on Boss (a new addition to the line up).  If you are not watching Boss, you should be. I watched the first few episodes on plane ride back from Bali, and I was hooked. The show is on Starz and does not stream anywhere (I checked!) so I had to wait until July to finish up season one on Netflix DVD and then sign up for Starz to see season two. Yes, I liked it that much.

Tom Kane is the mayor of Chicago and he is corrupt. If there is a word for really corrupt, he is that. And pretty evil.  He will do ANYTHING to stay in power, including selling out his daughter after working hard to win her back and making his wife sleep with people he needs something from. If you turn on him, run for your life. He also happens to have a degenerative brain disease so he sometimes hallucinates  or has mini seizures (miraculously, because it is TV, no one has noticed yet.) Somehow, though, you do find yourself rooting for him just a little bit; not as much as Dexter, the serial killer who is really a good guy, but he does seem to care about the city of Chicago almost as much as he cares about his own power. The people around him are almost equally as shady so there are just a bunch of bad people running that city. Its good TV. Then there is Bill Compton on True Blood.  I am not loving True Blood these days, but I do keep watching.  Bill has gotten sucked in to this vampire cult and now wants to go back to feeding on humans. Its not cool.  Not even Sookie could get him to see the error of his ways. This week, he melted in to a pool of blood (after drinking the blood of an evil vampire god) and then rose up from the blood as something completely disgusting and I am sure, even more evil. I kept hoping he was just faking it to take down the cult, but he seems to really have turned to the dark side. Sad, although I never really liked Bill. Lafayette is my fav.

This weekend I watched, There Will be Blood which revolved around another evil man played so well by Daniel Day Lewis, that it is still haunting me. He started out not so bad, but power and greed went to his head and by the end, he was a lonely sad alcoholic who could only make himself feel better (but not really better) but treating people he loved like crap or just killing people. That’s pretty much the ultimate, killing people. Well, torture and then killing is worse I suppose.

I am balancing it out with the light hearted Bachelor Pad and Big Brother where people just drink, compete in ridiculous competitions, and talk for hours about who to vote off so they can win money. What would we do without reality TV to show us what reality is really like?

I have been watching some other good stuff that is less evil that I may tell you about tomorrow, but I do think should add something officially inspirational to my line up this week so I don’t become jaded on my staycation!

My “indecisive hostile takeover” made a decision and it has resulted in me drowning in work.  The good news is that I have a team to manage which gives me all kinds of professional and personal growth opportunities.  The bad news is that people require a lot more time and energy than spreadsheets and power points.  The even worse news is that I still have a lot of power points and spreadsheets to tend to.

My hope is that once this transitional period is over (the one that has been going on forever!) I can settle in to a work routine that is not so crazy and all consuming.

In the mean time, there has been no yoga, no meditating, no reading on the Kindle, no interesting learning adventures, no hanging out with friends, no blogging.  A lot of work and some TV because that is all my brain can handle at the end of a long stressful day.

I am almost done with Breaking Bad Season 3 which is so amazing.  I watched an episode last night where Walter is obsessed with a fly and will not cook meth in his fancy new lab (or leave the lab or sleep) until the fly is dead.  He becomes delirious and some serious ridiculousness and deep pontificating occurs between him and his sidekick Pinkman.  Good TV.

I am tuning in to American Idol but I might be outgrowing this show.  I LOVE J Lo and Steven Tyler on the judges panel but I am not loving the contestants.  How can I really get in to 18 year olds talking about how they have wanted this “their whole lives.”  This week they sang songs from the year they were born.  Like in the 90s!  Ugh..the top 5 will be cool but until then it’s kind of painful.

I just half watched a Medium marathon (culminating in the series finale) while I paid bills and read backlogs of email.  The show got a little bit old with Alison misinterpreting what dead people are telling her in her dreams EVERY WEEK. No one ever caught on (except me) that she always gets it wrong for the first 45 minutes of the show.  After her 5th dream or so, she figures it all out and saves the day.  Same formula every week.   My favorite part of the show was her husband, Joe.  He is a super nice, smart, geeky stud and a great husband and dad.  He was smart enough to question those dreams!  He will always be preserved in my blog (until they take down this picture that I have linked to, in bad blog form..) 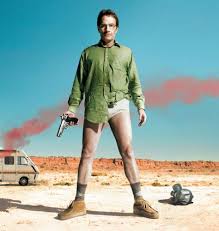 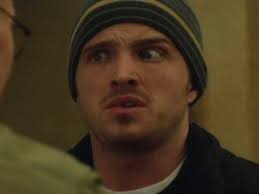