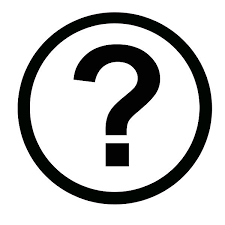 Last week, I left you all in suspense about my blind date with Thomas. Well, here’s how it went.

A few hours before the date, I got an email telling me where to go, the first name of my date and a few facts about him. The Post picks the location and picks up the tab (sweet!). The email told me that I would be meeting THOMAS (he put it in all caps, I assume so I would not forget it) and that he had a beard and he was a very interesting guy who made his own wine, composed music and had lived in Prague for four years. I had told Jozen I liked interesting, smart guys with beards. Clearly, he had put some thought in to this.

Coincidentally, also a few hours before the date, I started not feeling so great. I had all of a sudden come down with a stomach bug and a low grade fever. I don’t usually get nervous for first dates but I had been under a lot of stress at work, and had been going non-stop for weeks. I was exhausted. I have no idea whether it was stress or a bug of some kind, but  net-net, I was not feeling well at all going in to this date. But I couldn’t cancel!  Jozen, my matchmaker, had a column deadline to meet! So I went…

THOMAS was about 10 minutes late. I spent that 10 minutes praying he would not show up and wondering how the heck I was going to get through this. When he did show up, my first impression was that he seemed like a nice, laid back guy. There wasn’t an initial attraction but he wasn’t unattractive. We started by deciding what to order (a challenge since I did not think I could eat or drink anything.) I was trying really hard to just play through it, but I was pretty much in a fog the entire date. I could not focus.  He told me stories that I vaguely remember. I tried to think of questions to ask but I remember going blank a lot. He talked about his work which was really interesting but while he was talking I was thinking “this would be even more interesting if I did not want to go home and crawl in to my bed right now.”  I remember talking a lot about how much I work and how I have no idea what my passion is. Fun stuff! Let’s just say, I was not my best self on this date.

About half way in to the date, a photographer showed up to take pictures for part two of the article. She asked us to pose with various expressions: both enjoying the date, both hating the date, one of us miserable with the other one happy, and vice versa. This was a hilarious exercise. The entire situation was so funny that I really looked like I was having fun in those pics. I really wasn’t.

After we got the check the uncomfortable part came where we had to figure out what the other person was thinking. I finally decided to tell him him that I was not feeling well and that I had been out of it the entire date. I figured I was SUCH a bad date, he should know why. He replied “You get better?” I was very surprised by that. He wanted to exchange information and go out again but I uncomfortably said no and apologized. My gut told me that there wouldn’t have been a spark, regardless of how I was feeling. If we had clicked, I would have been able to pull off a better version of myself.

After the date, Jozen asks each person so send him a brief write up with details so he can write about the date. I was dying to know what THOMAS said about the date. Well, now I know! The article is out and you can read it here before you go on (This Week’s Couple: Sick Leave).

Apparently, I made the exact impression that I thought I did. I was REALLY not a good date that night. (I do get better!  Really! I do!) I have to assume that he was willing to go out again because he found me attractive which was overriding his gut impression that we were not clicking. Attraction does tend to make you overlook things. It is interesting what Jozen chose to include in the write up. My guess is that THOMAS’ “not even a platonic interest” was not because I don’t like oysters and would not try his fish tacos. If that was the issue, then we really are not a match. (For the record, normally, I would have tried his fish tacos. Fish tacos are the last thing you want when you feel ill.)

There is no way for me to know exactly what THOMAS was feeling (he did know this would be in the paper after all) but if he was really relieved that he did not have to go out with me again, then I know I made the right call and I clearly don’t have to feel bad about not going out with him again. This was a semi interesting experience and Jozen is not a bad match maker. The situation ended up being really odd, but it was a cool thing to try. Definitely an adventure.