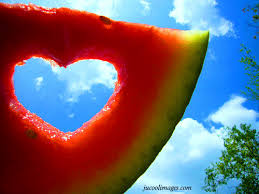 After a long hiatus from dating, I somehow managed to date three different guys in the past month. I sort of fell back into it one night when I decided to pop into Tinder while I was hanging out with my TiVo.

Tinder led me to a really bad date with a guy who wrote an interesting book on the scientific reasons why people believe in God. This guy (The Author) warned me that he was only looking for “erotic fun” and I warned him that “casual sex” was not really my thing, but he somehow convinced me to meet him. Let’s just say that our one hour together did not end well. He was very pushy. I was not interested. He got very annoyed. The only good thing about that experience was that it inspired me to read a very interesting book about science and God.

Often, a bad date sends me back into dating hibernation but two things inspired me to keep going:

So the morning after my really bad date, buckled up and got back out there.  I had been checking out this one guy for a while but wanted to add some more kick to my profile before I wrote to him and hadn’t had time. (You may recall that my friends had helped me with my profile long ago but I was never really happy with it.) That morning, I finally came up with something that really felt like me.

With my super cool new profile up, I wrote to the guy I had my eye on (The Recovering Musician) and a backup guy (The Filmmaker) who had been checking me out and seemed interesting. They both wrote me back and I miraculously ended up having good first dates with both of them. (I just read a whole book about a possible scientific explanation for why people believe in miracles. For the record, I don’t think this was really a miracle, but it was surprising!)

The Filmmaker wrote me back first and was available first so I went out with him first. The first date was good, but the second date was bad.  There was attraction and he was smart and interesting, but he was all about him.  He told really LONG stories about himself. LOTS of them. He was attracted to me, but not that interested in getting to know me. Huge turn-off. He also had an odd sense of humor. I tried to tell myself that was no big deal, but can you really spend a lot of time with someone makes jokes that you don’t find funny, at all? Thankfully, I never heard from him after our second date. (This really did feel like a miracle.)

Then I (finally) met The Recovering Musician. It actually felt like I was meeting a famous person because I had my eye on him for so long. (As it turns out, he used to actually be a sort of semi-famous singer/songwriter. He’s on Itunes. And he’s not bad.) I had originally thought of him as the Hipster but he does not think of himself as a Hipster and perhaps it is unfair of me to think everyone who lives in Williamsburg and rides a Citibike to work is a Hipster (ironic smiley face here.) I could actually call him the Meditator but that does not really roll off the tongue. We did have a very nice first date and it was actually a CONVERSATION (meaning two people exchange ideas and take turns talking and listening.)  I like conversations.  There is attraction. His sense of humor is aligned with mine, and we seem to have some core stuff in common.  Our second date is on the calendar and I look forward to it, but anything can happen on the second date. (Because I date so much now, I know these things.)

While I was getting a pedicure last week, I read an article about dating in one of those ridiculous women’s magazines that I read when I get pedicures.  The premise was that people are not really dating. They are hooking up and hanging out and watching Netflix together (because the young kids don’t actually have cable, they stream everything..crazy) but not dating.  She specifically said that getting to know people is a cool way to learn about the world outside of your own. So true. After having met an author, a filmmaker, and a recovering musician/mediator this past month, as painful as some of those moments were, it was cool to learn about them and what they do, and what they think. And I survived the awkward moments and lived to tell about them.