A good television show just feels different than a not so good one. A good television show has texture and feels thick and dense, full of quality. It holds your interest. You want to watch all the way to the end to see what will happen in the next episode. It might make you laugh out loud or think or cry. You want to know more about the characters and what they are thinking and how they feel. Entertainment is art. Everyone has their own opinions about what is good art, but I think most would agree that if you think art is good, it makes you feel something. A good television show makes you feel something (besides annoyed or bored.) 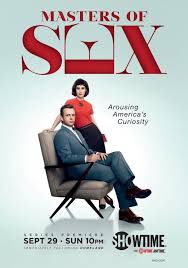 It may seem strange to include Masters of Sex and Marvel’s Agents of S.H.E.I.L.D. in the same blog post, but I watched them back to back and they are both good television. Different, but both good.

Masters of Sex is based on a fascinating topic. Who doesn’t want to know more about sex? The characters are rich and full (and developed at an appropriate pace). It’s fascinating to me to see the sexual attitudes of the time and the impact those had on people. I am not sure how much this show will get in to all of the psychology behind sex or just focus on the physiological and societal perspectives. That would make it much more interesting to me, but we will have to see where it goes. Interesting that the guy with the biggest sexual hang ups so far appears to be Masters. Perhaps that is the whole point! And that Johnson had chutzpah! The story of Masters and Johnson themselves makes for good TV. (The did end up marrying..and divorcing eventually. Sorry for the spoiler but its in Wikipedia.) The topic is clearly interesting, but it is also well done. I don’t break down all of the technical stuff (I am a VERY novice TV reviewer) but it felt like good TV to me and I am looking forward to more. 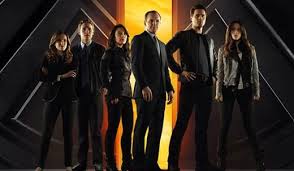 Marvel’s Agents of S.H.I.E.L.D is completely different. The premise of this show is completely ridiculous but fun. I was able to pick up the context pretty quickly (I am pretty smart and I know how to use the internet.) The show is a spin off of this summer’s movie The Avengers where something called “The Battle of New York” happened and aliens from another dimension attacked earth and the superhumans (like Thor and Ironman) saved the world. The purpose of S.H.I.E.L.D. (Strategic Homeland Intervention, Enforcement and Logistics Division) is to “shield” the world from all of the super humans and aliens and this crazy stuff going on. They are hot and smart and they have that dry sarcastic wit that I love. I could date this show.

I did get a tiny bit bored during the action/chase scenes and this subject matter is not the most interesting to me, but it is good television. You care about the story and the characters and there is cool technology stuff going on. It is also an interesting companion to the movies (which will continue) because it references them, but (I read in EW) that they are sticking with the smaller stories and heroes for budgetary and artistic reasons.  TV is smaller and you have an hour every week so it has to have a different formula. Makes sense! Joss Whedon makes good TV. I may not watch it because I can’t watch everything, but I think it will be a huge success and if you are in to these Marvel heroes, you will love it.

Two good shows that made me feel something. Thumbs up to Masters of Sex and Marvel’s Agents of S.H.I.E.L.D.