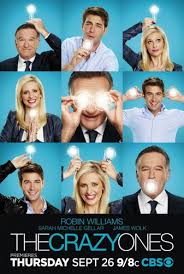 I am not a fan of this show. A lot of people are watching it, but I don’t know why and I wonder how long that will last. There is not a lot of competition in its time slot for adults who don’t want to watch Glee or Gray’s Anatomy (yes, that show is still on). That might explain it. Here are my quick thoughts after two episodes:

Like Hostages, this show feels forced to me (btw – “TV By The Numbers” predicts Hostages will get cancelled. Don’t waste your time on it.) The best part, after cute as a button James Wolk, was Kelly Clarkson in the pilot.  LOVE Kelly. She did good!