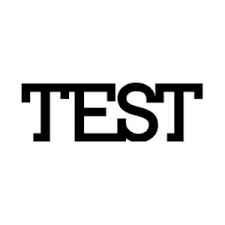 Last week at work was a disaster. I spent half of my week in meetings. The rest of the week I could barely focus because I was having very strange symptoms that made me think I was going in to early menopause. When I wasn’t having hot flashes, feeling super irritable, confused about mid-cycle spotting that would not stop, or just feeling spaced out, I was Googling to figure out what the heck was going on. Barely any work got done.

My long time readers may recall the strange reaction I had to nasal spray a few years ago. It’s been a while since I have taken any medication so when my dermatologist said he could give me a small shot to help heal the rough skin on my elbows (need I mention this was totally unnecessary), I forgot to say, “please don’t inject any foreign substances in to my body” and instead said, “sure.”

By the time I got to the front desk to check out, I felt panicked. I tried to remain calm but after getting a block away, I turned around and went back.  The doctor assured me that the small amount of cortisone he gave me could not possibly trigger any reaction and that I may have been “shaken” by getting a shot. I assured him that I am hypersensitive to all medication, have no issues with needles, and that I probably DID feel it coursing through my veins but if he was sure I would not die, I would manage to tough it out.  He assured me that I would not die. (He thought I was crazy.)

The anxiety lessened but lingered and expanded in to all of these other weird symptoms which Google made me initially think was perimenopause. After freaking out for a few days and starting to get really bummed about what might be ahead, it finally dawned on me to look in to this cortisone stuff more. Ah ha! Apparently cortisone can completely mess with your hormones. It’s rare (according to official medical sites) but, it’s happened to quite a few people on the internet and I am 99.9% sure it happened to me.

The symptoms are starting to fade, thank god. After going through this emotional roller coaster all week, when I finally shut down on Friday I was thinking I would have to work on Sunday to catch up. I frequently have this thought on Friday and 50% of the time, I do work on Sunday. But I had promised myself I wouldn’t do that anymore!! This was the test.

Clearly the right choice for a recovering perfectionist is to try to be more comfortable being uncomfortable. I have passed the test and didn’t do any work today. This week will suck but I will try really hard to prioritize and efficient and keep it in perspective.

I am now off to sweat out more of these drugs and catch up on some of the new shows!!  I’ve got my Lululemon on and I am ready to run. Hopefully, this week will be better than last week!