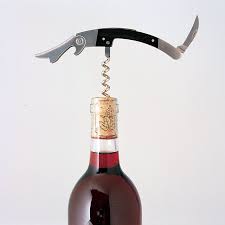 The third date of my August dating challenge was with “the sommelier”. “The sommelier” wrote to me about a month ago on OK Cupid and I thought about writing him back, but decided not to. There was something about him that I liked (he is cute) but he is very  young and I didn’t think we would have anything in common. OK Cupid specifically said “Y’all have issues” which they put right on the screen if you are a low match (The sommelier and I are a 61% match – not great.)

Earlier this week, I met a friend for dinner at a restaurant near my office and there he was, “the sommelier”, right behind the bar. I recognized him immediately (it felt like a celebrity sighting.) I checked him out during dinner (he even stopped by our table to ask if we wanted more wine at one point,),but I was too shy to say anything. How do you say to someone “Hey, are you the guy who emailed me on OK Cupid last month?”. I did still think he was cute.

I emailed him when I got home to confirm that it was him (it was.) He was quite happy to hear from me and we decided the universe was telling us we should go out. Lucky for me, I found August date #3!!! “The sommelier” was SO excited to meet me that he proposed stopping by my office to say hello on his way to work so we could meet in person sooner than later (our schedules are not easy to coordinate). This was a random meet and greet idea that would never have occurred to me, but why not? We chatted outside my office for 15 minutes and there was chemistry. He seemed very young, but sweet, and still cute.

I have been down this much younger man path MANY times before. I know the dynamic, and it never ends well, but a fun potential summer fling that lands right in your lap is hard to resist.

Unfortunately, what I learned on my second date with “the sommelier”, is that I might have outgrown the much younger man thing and I am not sure flings are my thing. This particular younger man seems very young. He is VERY in to me, which is flattering, but it is not based on anything beyond attraction. Apparently attraction without emotional connection (or anything in common) is not really that fun for me. I am still pondering whether there is any fun to be had here and I don’t want to hurt the young, sweet, sommelier. (I have not, by the way, learned anything about wine from him yet except that I what I drank at his restaurant was apparently not good wine.)

Week #4 of the August dating challenge is upon me. What to do? What to do?