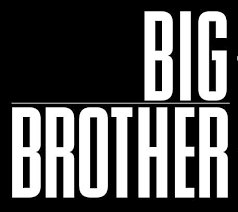 This is the 15th season I have been watching Big Brother. I remember watching season 1 from a hotel room when I was a consultant. I didn’t even have a TiVo back then. At the time I had one of those VCRs that fast forwarded through the commercials. That thing was amazing.

The contestants this year, are more annoying than ever. First of all, super annoying Rachel’s sister is a house guest. (That would be Rachel of Rachel and Brandon fame, otherwise known as Brachel.) We already had to watch this unbelievably annoying woman on TWO seasons of Big Brother and now we have to watch her sister who has the same annoying voice? Ugh!

Where is the older and wiser person to keep everyone sane (especially those of us watching)? This is just a bunch of crazy, stupid young people! There were three showmances going in week 1! These crazy, stupid young people are mean and they lie. One horrible chick could not wait 45 minutes for a drink so she drank all of the wine that the poor “have nots” had been waiting until midnight to have and then lied about it straight out.  (FYI “have nots” have to eat slop – which is like oatmeal, can not consume alcohol,  take cold showers, and sleep in a very uncomfortable room for a week.) After that she apparently said racist things about the Asian woman she stole the wine from. (This all happened on the live feeds where you can pay to watch every minute of what these people are doing. I do not pay for this. I am not completely crazy. I read about it on Twitter.)

The first alliance is called “The Moving Company”. The fact that the alliances need a name, is just silly, and there have been some ridiculous alliance names, but this one is pretty bad. I loved the Quack Pack last year, mostly because they realized this was a stupid name…I think! Obviously, “Chill Town” was the best alliance, ever.

Of course, this all makes great TV that is a complete waste of my time. My favorite quote from the first show came from a pizza delivery boy who is turning out to be my favorite player so far. “I don’t aspire to anything except being the best damn delivery boy there as ever been.”

0 thoughts on “Big Brother 15: These People Are Crazy”