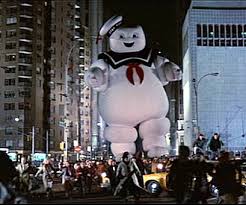 I just returned from a date with “software guy”.  Another perfectly nice guy. We chatted for two hours about various things. Within the first 5 seconds I was fairly sure there was no attraction, but there was a glimmer of possibility, so I was able to keep an open mind about it and carry on. (Wine is so super helpful in these scenarios.)

There really isn’t anything all that interesting to write about this date. I knew almost nothing about this person before we met. He seemed more two dimensional in person than his profile made him out to be. It is hard to explain, but he was more “flat” in person.

He remembered almost nothing that I told him about myself in the emails we exchanged. I didn’t tell him much! That was a turn off.

He went on slightly too long about his last relationship and why it ended.  For a first date, it was a bit odd, like he was still struggling with it, perhaps. I can certainly relate to the struggle, but not good first date conversation, especially not in this depth.

In the middle of the date I realized that his mannerisms reminded me of someone I knew but I couldn’t quite place it. I finally realized it was this guy that I worked with many years ago that we had nicknamed “the Stay Puft Marshmallow man.” We gave “Stay Puft” his nick name because he was puffy in stature, never stopped talking, was full of hot air,  and was kind of annoying. In all fairness, “Software guy” had none of these qualities but his mannerisms did remind me of “Stay Puft”. It was pretty unlikely that romantic feelings were going to set in after I realized this.

Overall, there was just no spark. Now that I think of it, he was missing both the required dry sense of humor and the required sex appeal.

The good news is, this date was not super painful, we parted with a “have a nice holiday weekend” (so there might have been mutual disinterest.. yes!!!!) and, the best part was that he gave me his perfect margarita recipe! This bodes well for July 4th signature cocktails.

Addendum: I just noticed that “software guy” checked OK Cupid while I was in the bathroom towards the end of our date. Nice move “software guy.” Confirmed mutual disinterest.