I finally have a date lined up with “software guy” tomorrow (that I will be sure to tell you all about), but I decided that I have to increase my throughput of dates if I am ever going to get to the end of dating. Single threading is not going to cut it. This is a numbers game and one might theorize that I am still single because my number of attempts is low.

In the spirit of all of that, I picked a guy who had clicked on my profile a couple of times and sent him a message this weekend. He replied (because clearly my new profile is like magic!) but as soon as he replied, I had a weird feeling about him. Maybe because his name was Tony. This makes absolutely no sense, but apparently, I am completely prejudice about the name Tony. It reminds me of mobsters. I racked my brain for someone cool named Tony. The only person I could come up with was Tony Goldwyn who plays the president on Scandal. (The internet has also just reminded me of Tony Stark, aka. Ironman.)

So I had a bad feeling but I had sense enough to realize I could not just blow this guy off because his name was Tony. Within two more quick emails I learned that he stopped in bars to cool off while he was running errands on Saturday and that he has an aol email address.  These were not good data points. His profile was borderline heavy drinker and the bar thing swung him more in that direction and aol is even more old school than my yahoo account. (One of my friends tried to convince me it was retro, but I wasn’t buying it.) 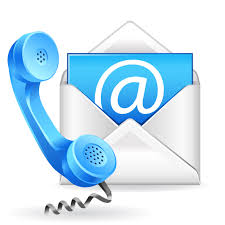 Again, I told myself I should press on. I am on vacation this week and there is no reason I should not spend one hour to see if my gut was right on this guy, so I agreed to meet him for a drink. Although he sent me his number and email address, I was not comfortable sending mine so I just ignored it and continued to chat on OK Cupid.

After we settled on date and time and location he pressed me again for my contact info.  I gave him some line about not giving out my contact info until after the first date because that “seemed prudent in this crazy city of ours (with a smiley face)” I usually do give out my contact info, but there is really no reason to do this since you can get and send OK Cupid emails on your phone and there really are a lot of crazy people out there. I would prefer that people that I don’t want to date, not have my phone number and email address.

While I was lamenting the fact that I ever contacted this guy and debating whether I could make something up to get out of it, a miracle happened. I got this email in response to me not providing my contact information.

“I will have to cancel then. Good Luck”

At first, I thought he might be kidding. But if it was a joke, it was a bad joke. It did occurred to me that he could think that I am hiding something or some weird neurotic person. Either way, I had my out! I responded.

“No problem. Good luck to you too.”

0 thoughts on “Let the Games Begin”