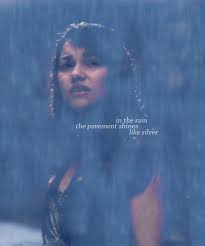 Am I the only person who didn’t like Les Miserables? I do recall a couple of people saying it was long and depressing but they never said they didn’t like it. More than one person told me it was AMAZING.

I really didn’t like it. I almost fell asleep. It was REALLY long. I don’t think I liked the musical so I don’t know what I was thinking. Ann Hathaway has a beautiful voice. I liked her song and the song the brunette sang in the rain. That was pretty much all I liked about it. It just went on and on. I am almost bummed I spent three hours watching it today. Oh well.

What I did like was The Following. This is a good show. The premise in and of itself is really cool. A serial killer (who is in prison!) builds a cult following of people who will do anything he says. As you can imagine, these people are not doing good stuff. The star, Kevin Bacon, is an FBI agent who got kicked out of the FBI because of various things that happened when he originally caught this serial killer. Kevin Bacon is a dude. Way cooler than he was in Footloose (not that Footloose wasn’t cool for its time, kind of). In the pilot, the killer escapes and Kevin gets sucked back in to try to catch him. There is a lot of history there. What’s cool about it is that this is not just about catching the serial killer, they have to stop all of the people he is somehow talking in to doing crazy stuff! There are many twists and turns in the first episode and it does not end up the way you think it will. I was surprised and I like to be surprised. Looking forward to watching this one.

In other news Ben & Kate was benched. That is usually not a good sign. I have to admit, it’s been getting a little old for me.