I have started my quest to see all of the 2013 Golden Globe nominated films. I just realized the Globes are next Sunday so there is no chance I will get it done by then, but here were my thoughts on the first three: 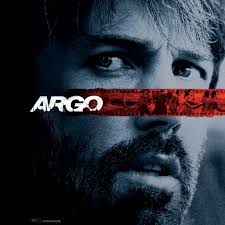 Argo – I saw this a while ago. I remember being on the edge of my seat. I had no memory of the actual events, and I assumed it would all turn out OK (because otherwise, it probably wouldn’t be a movie), but I was still in suspense  wondering how they were going to get out of there. (I love suspense!) I remember thinking to myself several times during the movie, “This is an amazing movie.” Ben Affleck is a talented dude. Loved it.

Silver Linings Playbook – this one hit close to my heart. I had a brother who was undiagnosed bi-polar and I think he would have loved this movie. He was romantic and sensitive and it would have been amazing to see him in a dance contest (but he would definitely rather have been watching any sporting event with my dad.) Regardless of my personal connection, the movie was really well done. I thought it dealt with mental illness realistically, for a comedy. I have seen my share of crazy and sometimes it is good to just laugh about it. You will definitely laugh, you will definitely cry, and you will find yourself rooting for the Philadelphia Eagles and a ballroom dance contest, and you will be in suspense! The relationship with Bradley Cooper and his Dad (Robert Dinero) was so sweet and that Katniss….awesome. It also has a fabulous romantic ending that I will not give away. This is another great movie. 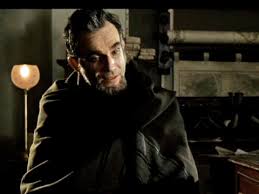 Lincoln – as much as I loved the other two, I think this was my favorite of the three. I walked out of the theater feeling like I personally helped abolish slavery. I realize this is ridiculous, but I felt like, just by watching this movie, I was part of the process. When it started, I thought it might be boring and I had a hard time following all of the dialog, but once it kicked in, I was not bored for a minute.  Once again, because I am SO horrible with history, I knew that the 13th amendment was passed and that slavery was abolished, but I didn’t know the details of the timing with the end of the civil war and Lincoln’s assassination (even though I did watch Conspirator earlier this year!)

I suck, but Lincoln did not suck at all, and he did not give up! Slavery was abolished because of his sheer determination to do the right thing (assuming Spielberg told the story right.) One of my other goals for 2013 is to work on being a leader. I knew Lincoln was awesome but it was timely to see him in action,  a true inspiration for leadership. What was also cool was that Lincoln wore this blanket a lot of the time. If you visit me in my office, you will often find me wrapped in a pashmina (just a fancy blanket) because it’s usually freezing. Lincoln and I are like two peas in a pod. There is no way Daniel Day Lewis is not getting an Oscar for this role. No way.

I do need to understand the history of our political parties a bit better because I am always surprised when I am reminded that my arch enemies, the republicans, are the ones that fought to abolish slavery. I need to look in to this.

I really wish I had gotten an earlier start, but it’s not like my carriage will turn in to a pumpkin if I don’t get it all done in 7 days. Maybe February 24th (the Oscars) is doable…