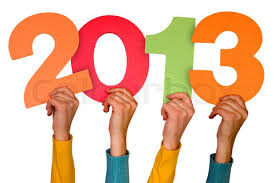 It’s 2013. There is some seriously awesome TV coming our way people. Somehow I have to find time to fit these shows back on to my schedule. I love that we get new fresh stuff in the winter!

Downton Abbey  (Sun Jan 6th) –  Yay! Lots of drama will unfold, I am sure, and Shirley MacLaine is an added bonus!

The Bachelor (Mon Jan 7th) – I know this does not qualify as seriously awesome TV, but I have to see how things turn out for this Sean dude.

Girls (Sun Jan 13th) – This show grew on me and has clearly become a cultural phenomenon/voice of the hipster generation. Should not be missed.

Shameless (Sun Jan 13th) – I can not resist this crazy crew.

House of Lies (Sun Jan 13th) – Makes me reminiscent of my consulting days that vaguely resembled what happens on this show…like, really vaguely.

New shows I am a little bit curious about..

The Following – (Fox – Mon Jan 21st – 9pm est) – supposedly scary thriller about an FBI agent who comes out of retirement to hunt an escaped killer who has built a following of copycat killers while he was locked up. Apparently, the first 7 minutes are amazing and the pilot leaves you wanting more. Nice.

The Americans (FX – Wed Jan 30th – 10pm est) – Kerri Russel (Felicity) and the oldest brother from Brothers & Sisters are Russian spies in an arranged marriage and posted in Washington DC. Interesting. The fact that it is on FX (home of American Horror Story) is a big appeal and reviews say it is “fast paced and beautifully acted“. Is FX the next AMC?

House of Cards (Netflix – Fri Feb 1st) – Yup. The first Netflix original series starring Kevin Spacey, Robin Wright as an ambitious and ruthless political couple. Adapted from a BBC show and directed by David Fincher (I don’t pretend to know who this is, but I googled him…Fight Club.) Seems Boss like. (RIP Boss) What’s cool is that all episodes will be available immediately. A whole new way to unveil TV. (Check out a trailer here)