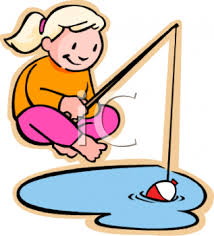 Someone wrote me back! Before I even got a chance to send out any “I’m not a stalker, but can you give me feedback on why you are not into me” emails I got a reply from one of the (seemingly) cute, cool guys I wrote to last week.

It took him almost 24 hours to write me back so I assumed he was ambivalent.  His reply was funny and short but he asked me a question about myself. A good sign. I waited an appropriate amount of time and replied with another middle-of-the-road, humorous, but short email and asked him another question about himself. Then I didn’t hear back for a while so I thought I lost him.  This happens a lot with online dating. Guys just drop out of sight. I assume they find something more interesting to keep their attention or get nervous about actually dating.

In the meantime, my boss set me up on a blind date with her “diamond guy”, a friend of her husband’s who she recently bought a new diamond ring from. I might be the one woman in NYC who almost never wears jewelry, so if we had hit it off, it would have almost been a waste!  He was a nice guy, but there was no romantic connection. I think the feeling was mutual. (I hope!)

When I got back from the date with the “diamond guy”, I had another email from the (seemingly) cute, cool guy from batch #2! He told me he was having a really busy week but that I seemed interesting and like a good conversationalist (so true) and asked to take it to the next level….the phone call. I gave him my number and said I was totally up for a chat.

I don’t think I have ever gotten past a phone screen to a date. My choice both times. I remember one guy got really pissed when I decided after talking to him that I didn’t want to go on a date. I think I made the right choice. I usually like to jump right to the drink date, but Evan Marc Katz suggests a phone screen and I am going by the book, especially since this guy suggested it.

So, maybe I will have a phone screen sometime this week or maybe he will drop off the radar. In the meantime, I have lots of presents to wrap. I am feeling like my profile is slightly more desirable since I got a nibble, so I am going to hold off on the “I’m not a stalker but can you give me feedback on why you are not into me” emails for now and see how this goes.