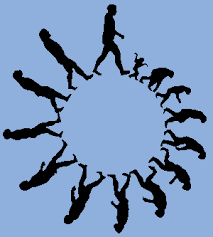 I am running out of time to officially reflect on 2011 so I better get to it.

A glass half empty person could look back on 2011 and say, “I worked too much, I still don’t have a life partner, and I am no closer to starting my own family. Bummer.”

Fortunately, I have evolved in to more of a glass half full person.  This is kind of awesome. I think a combination of Yoga, therapy, and sheer will contributed to this turn of events.

So here is how this glass half full TVaholic would summarize 2011:

I might be forgetting more amazing stuff from 2011, but my glass of wine is almost empty and Brad Pitt is waiting for me in this Netflix envelope.  (Yes, I rejoined Netflix and I am spending my New Year’s Eve cozy on my couch at home with Brad Pitt.)