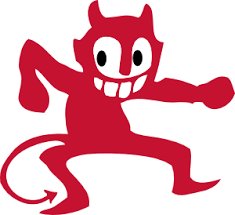 I was very proud of myself yesterday for making a non-obsessive, relatively quick decision to purchase a new refrigerator to replace the one that still functioned, but  was mysteriously accumulating water on a regular basis.

It is a huge understatement to say that this did not go as well as the TiVo replacement earlier this week.

I started my day on Tuesday with a leisurely cup of coffee and some refrigerator research on-line.  I measured my current fridge and my doorways, took some notes, and swung by PC Richards on my way back from the dentist.

Jerry, the PC Richards salesman, was very helpful.  He has been selling appliances to New Yorkers for 20 years (poor Jerry) and I trusted him.  I really wanted to check this off my list so I handed over the credit card.

I then took my sense of accomplishment out for a lovely afternoon/evening with my friend MG. I stayed up only slightly later than my bedtime and had only two more glasses of wine than usual.

I was a little buzzed when I got home and heard the message on my machine that the refrigerator would arrive between 7-10am the next morning. This was unfortunate, not only because 7am is really early for a stay-cation delivery, but also because my building does not allow deliveries before 9 (and I told Jerry this). My wine buzz kept me from being too concerned and I hit the sack without even setting my alarm.

At 6:45am I awoke from a not so restful, alcohol induced sleep to my doorman buzzing me on the intercom.  The delivery guy had arrived, but since it was not 9am,  my doorman would not let him up.  This was fortunate since my fridge was completely full of food and I was hung over.   I told the dude to come back later and made some coffee.

At 8:40am, he was back.  The doorman still wouldn’t let him up but I was feeling extra lucky because I now had 20 minutes warning to  actually take the food out of my fridge. 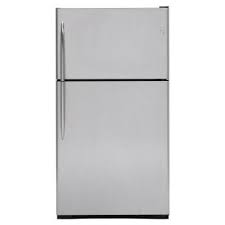 The super strong delivery man finally made it to my apartment, easily pulled out the old fridge and brought in the new fridge.  It fit through the  door. Things were moving along nicely.  He then started trying to push the new fridge in to the old spot.  It was VERY TIGHT.  It is possible that when I measured my old fridge, I rounded 27 1/2  up to 28 inches.  Hard to say.  Apparently, this makes a HUGE difference in this particular circumstance.

He managed to push the fridge in far enough so it was not completely in the middle of my tiny kitchen and we realized the refrigerator door would not open all the way.  I was not happy.  He convinced me that I could call PC Richards and they would come out to reverse the doors hinges for me so they would open the other way.  I stupidly tipped him and let him leave before I called Jerry.

My friend Jerry informed me that the door flip is not an option once the fridge has left the warehouse.  (This was not great news, but in reality, if the doors opened the other way, I would have to leave the kitchen and go in to the hallway to get food.  That would be weird).   My options were now to (1) live with it  (2)  swap for a smaller fridge that would look weird in this space, pay a $100 restocking fee, and rearrange my stay-cation to wait for another delivery.  I went down to PC Richards to explore the smaller fridges with Jerry (so patient, even after I was swearing and almost in tears on the phone.  He has clearly been dealing with neurotic New Yorkers for years.)

Net net – I decided to stick with the fridge that does not completely open.  If I push it, it will open all the way, it just tears up the wall and the door a bit.  Not ideal, but I am hoping the next owner won’t notice until after we close.  I am also hoping I don’t have to try to get that refrigerator out of there  before I move.

I miss my old fridge already and am not so happy about how I spent day 4 of my stay-cation so far. I should have just lived with that 15 year old water dripping Whirlpool.  I danced with the refrigerator devil and got burned….

On the plus side, I will save money on my electric bill with the new beast and it is possible that I will eat less since it is so annoying to open the fridge now.

0 thoughts on “Dancing with the Refrigerator Devil”