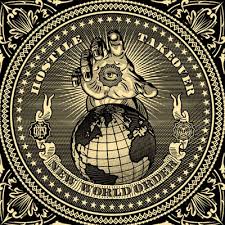 This week has been work, work, work.  I am however, still in job limbo.

As you may recall, my old job was eliminated in December.  I was absorbed by team A which was planning to launch a “hostile takeover” of team B.  The plan was for me to have some role on the new and improved team B which my boss would run.  The formation of the new team B is taking forever.  All sorts of corporate complications have ensued.

My future role on team B has changed 5 times in the past 6 weeks.  Two weeks ago, I was googling Bangalore because job variation #4 entailed managing a team in India.  I was not looking forward the impact that was going to have on my life with time zone differences and many trips to India, but Bangalore looked beautiful (and warm) on the internet.  Last week my boss dropped the hint that the guy who is managing that team now, might not want to lose his reports (you think?) and yesterday it was confirmed that the people in India won’t report to me right away, but maybe down the road.  I am still not clear on exactly what I will be doing.  I think I might be managing a research hub with no researchers.  That could be a challenge.

While my “indecisive hostile takeover” works itself out (props to my sister for inventing that phrase) I have been given LOTS of projects to keep me busy. This week I had to unofficially guide the most unorganized workshop in the history of the world.  The person who was supposed to be in charge was a bit of a crazy pants and none of us were given much direction from my boss’ boss (lets call him my big boss even though he is younger than me, sigh) who had been flying around the world for two weeks.  Considering my need for structure, I was quite impressed with my ability to stay calm, make the best of the situation, and ultimately organize the chaos.  Sadly, I ended up with a gazillion action items since crazy pants was clearly not up to the task.   I do think my big boss is starting to appreciate how awesome I am, which is definitely a good thing.

So I roll on with my many “in between” projects as we get closer to something official which will probably mean more work.  But I do plan to get back to my personal life soon…I hope!

0 thoughts on “Riding Out the Indecisive Hostile Takeover”