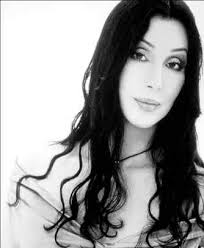 I can’t remember a time when I didn’t love Cher.  Loved the Sonny and Cher Comedy Hour and The Cher Show when I was little.  When I was in 2nd grade, I had a Cher doll with a stage and a dressing room.  In the dressing room, you could slip outfits on cardboard behind the “mirror” and it somehow looked like the Cher “barbie doll” was wearing the outfit.  I can’t believe I found this entertaining, but I was 8.  Cher was the epitome of funny, beautiful, and cool.

When I turned 40, my sister and two of my best friends from college went to Vegas with me to see Cher.  It was amazing.  We were in the 7th row singing the words to every song.  She puts on outfits, has over the top stage production, struts around, and sings.  She’s Cher.

I still think she is funny, beautiful, and cool.  Sure, she has had lots of plastic surgery and I only see her with tons of makeup on in “just the right light”, but she’s Cher.  She has a self deprecating sense of humor that cracks me up. (Watch her most recent interview with David Letterman where this is on display here.) There is something about her essence that I just dig.  If I met her in real life, it would probably be a disaster, but that is not going to happen, so I can just love her from a far and think she is cool. Just because. 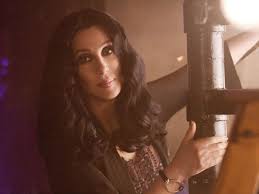 Given my love for all things Cher, I had to see her new movie Burlesque as soon as I possibly could.  Family obligations kept me from going the day it opened, but I checked it out today.  Loved it!  It is a good movie? Not really.  The plot is predictable and not that interesting.  The dialog is pretty bad, but the acting was pretty good (Christina Aguilera is the worst of the lot but holds her own). I think they were more interested in the musical production than the plot. It kind of felt like a bigger and better Coyote Ugly with MUCH better and much MORE music (although I must admit, “Can’t Stop the Moonlight” is part of my music collection.)  The music and dance numbers were fabulous.  I love listening to Cher sing (and she does have a couple of numbers in the movie that I liked), but Christina’s voice gives me chills and she did not disappoint.  She has pipes!  Cher was her awesome self (although only in about 37 minutes of the 116 minute movie, according to the LA Times).   She got to tell people to F*& off (which she does so well,) shed a few dramatic tears, and just be cool (even though her dialog was horrible.)  Stanley Tucci was adorable. Cam Gigandet was HOT. 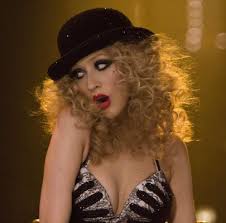 Highly entertaining overall as long as you except the fact that his movie will not change your life or inspire you to do anything besides maybe sing in the shower or think about taking dance lessons.   I recommend Burlesque if you are a fan of movie musicals, Cher, Christina Aguilera, or watching hot women dance around half naked.  That should pretty much cover the entire population, right?

0 thoughts on “Burlesque & My Love Affair With Cher”