I am feeling the need to provide a roundup of Week 2 of the Fall TV season because there has been some fall out:

Of the 6 shows I recommended to check out, one has already been canceled, Lone Star.   After watching the second week I liked it less, but I still think it deserved a longer run.   I am sad for Bob and really wanted to see what would happen with him and his two wives and crappy dad, but this is helpful for my quest to watch less TV.

Still love The Event, and as mentioned earlier, I am liking No Ordinary Family.  Those stay on the list.  After week 2 of The Whole Truth, I am dropping it to “have on in the background when paying bills on the weekend” status.  Undercovers, Running Wilde did not even make it to Week 2.  Hawaii Five-O which I did not officially recommend but did check out, is a big hit, but cop shows don’t do it for me unless they include unexplained phenomenon.  Apparently, The Whole Truth and Running Wilde are also in danger of cancellation, not a surprise.  (FYI – I get all of the scoop on ratings from my new favorite site tvbythenumbers.com which I learned about from my favorite TV Squad reviewer who made me love Rubicon.) 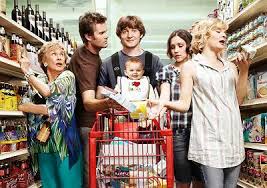 There is one other show I decided to check out that I really liked and have added to the list, Raising Hope.  It is really funny.  A young man and his crazy family are raising the baby he conceived in the back of his van and got custody of when the baby momma was sentenced to death.  That does not sound funny, so I assumed it would not be, but I was dead wrong.  These characters are ridiculous and miraculously….endearing. The cast includes Cloris Leachman and that awesome actress Martha Plimpton who shows up everywhere lately including The Good Wife and How to Make it in America.  FYI – Just learned on IMDB (love IMDB) that she is Keith Carradine’s daughter (Carradine = Lundy on Dexter).  Had no idea.  Anyway, I think it is a nice compliment to round out the hour for my other 30 minute fave, Modern Family.  I highly recommend it.

0 thoughts on “Quick Round up of Week 2”